In E♭: sounds one octave and a major sixth lower than written. (range is concert D♭ to A♭). Many models have a key for a (written) low A (instead of the usual low B♭) and/or a key for high F♯. With practice, there is an altissimo range on the saxophone leading up to D8.

Being the lowest-pitched saxophone in common use, the bari sax is also the largest. Similar to other saxophones, it features a long conical tube which bends at the bottom 180° to curve upwards and flares into the bell. At the other end, the tube loops around in an oval shape, which then connects to the neck piece, and further the mouthpiece. Bari saxes are usually made out of brass, and weight 10-15 pounds.

As it is a woodwind, it uses a reed, which is attached to the mouthpiece using a ligature made of either metal or fabric. It's reed is the largest of all woodwinds, being about as wide as but much longer than a bass clarinet reed.

Bari saxes have only ever been produced in the key of E♭. However, some newer models have an extension which allows the instrument to go a semitone lower to A (concert C), where normally it can only reach B♭ (concert D♭). Low A bari saxes are necessarily larger and heavier.

Due to the size of the instrument, bari saxes need much more air than your standard alto or tenor sax. Low register notes can be difficult for new players to reach, as they require a lot of breath support and a different embouchure. On the contrary, playing in the high register is often much easier, and bari sax is the easiest saxophone to play the altissimo range (extended high range).

Additionally, due to the weight of the instrument, many smaller or weaker players find it difficult to play the instrument for an extended period of time due to the strain on their neck and back. This is especially true for marching bands.

The instrument has a very distinct, dark tone, which often makes it difficult to blend into other instruments in an ensemble. Bari sax players often have to adjust their tone according to the piece they are playing or the ensemble they are a part of. For example, the tone required for a concert band piece written as dolce is much different than a jazz piece, which oftentimes expects the bari sax to stand out as a solo instrument.

Bari saxes are most popular in jazz bands, concert bands, and marching bands. Bari saxes are often featured as a background instrument in popular music. They are infrequently used in classical music or symphony orchestras.

As they are so large, expensive, and comparatively difficult, most beginner musicians do not start on baritone sax. Instead, after a few years, an alto sax or tenor sax player will switch to play bari sax. Many smaller bands do not feature a baritone saxophonist, but the standard amount is 1–3. 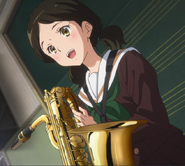 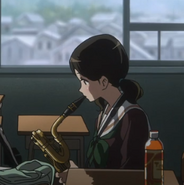 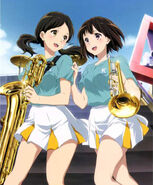