Tutti!
Please, Audition (おねがいオーディション, Onegai Ōdishon) is the ninth episode of the Hibike! Euphonium anime series. It was broadcasted on Tuesday, June 2, 2015.

Midori feels guilt over having pushed Hazuki into confessing, blaming herself for her friend's rejection. Asuka criticizes the noticeable drop in Midori's performance during practice, and declares bluntly that she has no interest in personal matters unrelated to band. Hazuki confronts Kumiko regarding the latter's feelings for Shuuichi, but Kumiko continues to frantically deny having such feelings. At home, Kumiko's older sister reveals to her that Mr. Taki is actually the son of a famous music instructor.

Meanwhile, Kaori expresses her desire to play the trumpet solo to Haruka, followed by a tense encounter with a practicing Reina. On the day of the auditions, Kumiko sees everyone practicing furiously, including Natsuki. She hesitates when she realizes that she is now competing against her bandmates, not wanting to deny someone a chance to play, but Reina encourages her, telling her she has to do her best. Kumiko's audition passes without incident, but as the results are later announced, the pain of failing to make the cut is clearly evident among the band members, with some bursting into tears; among those out are Natsuki and Hazuki. All eyes are on Reina as she is selected as the soloist over the crowd favorite Kaori, much to everyone's shock. 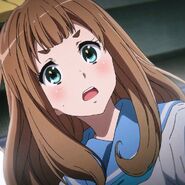 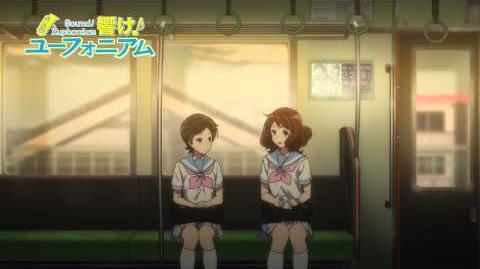