Hirone has straight upper-back length brown hair that she wears in a low ponytail and pigment green eyes.

She is usually seen with a standard Kitauji High School uniform for girls.

Hirone has a good personality who is very friendly towards everyone that she has many friends in truth. 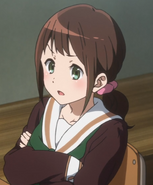 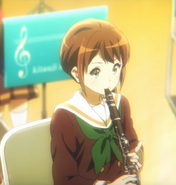 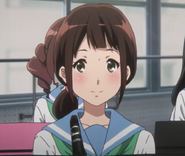