Kase has long purple hair which curves outwards as it reaches just past her shoulders, along with a fringe. She has short stubby eyebrows, and wears round, purple-framed glasses with light-blue tinted lenses which obscures her eyes, so it is unknown what eye color she has since they have never been seen.

Not much is known about Maina's personality, but she is quite close with Chieri Takahisa. 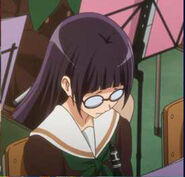 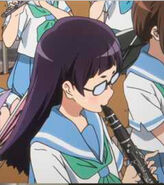 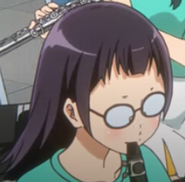