The Snare Drum (スネアドラム, Sunea Doramu), also called the Side Drum, or simply Snare, is an instrument in the percussion family. A musician who plays the snare drum is called a snare drummer or simply a snare drum player.

The snare drum consists of a short cylindrical frame or shell made of wood, metal, acrylic, or fiberglass. On the top face is a membrane, usually made of plastic, called the batter head which is struck, and on the bottom face is a resonant head which has an array of metal coiled wires (snare wires) stretched across the bottom head. When struck, the snare wires vibrate and give the instrument its distinctive buzz.

The concert snare is the most basic version of the instrument. They are typically 36cm (14") in diameter and 13cm to 20cm (5" to 8") in depth. These snare drums are also used in drum kits.

The marching snare is a much larger version of the snare drum, usually about 2 to 3 times as deep as a concert snare and the same diameter. They are designed this way to produce a deeper tone, which is effective for marching bands.

The piccolo snare is a smaller version of the snare drum used to produce a sharper noise and give more of a "pop". They typically have a depth of about 8cm (3") and a diameter between 25cm to 36cm (10" to 14"). Due to the sharper tone, piccolo snares' sound travels further, thus making it easier for distant microphones to pick it up and making it difficult to record effectively.

The snare drum provides a great deal of rhythm for the ensemble, and therefore performers must have an excellent sense of rhythm to perform properly. Players often make use of practice pads to practice rhythms without having a physical drum. This is ideal for practicing at home or on the go.

Contrary to popular belief, there is a proper way to hold drumsticks, and it is one of the first steps to learn when becoming a percussionist/drummer. Players can select from a variety of grips to suit their needs best. Additionally, players may also use brushes or other objects to strike the drum depending on the desired effect.

Snares use a variety of techniques to maximize its usage in an ensemble. To begin with, the snare has two modes by default: "on" or "off". "On" is the default mode; the snares are engaged, and the standard snare drum sound is produced. However, the snares can be disengaged using a lever called the strainer on the side of the drum, which causes it to produce a sound much more akin to tom-tom. Some other techniques used on snare drums include the famous drum roll (also called tremolo) and rimshots, which can be achieved by striking the rim around the drumhead, producing a piercing noise.

The snare is often thought of as the most basic or standard percussion instrument, and thus most new percussionists will first learn to play rhythms on the snare drum, especially if they are not skilled in piano since then they cannot easily play mallet percussion.

All the percussionists in the Kitauji High School Concert Band have the ability to play the snare drum, however Narai Tanabe seems most proficient in it. He has played it at competitions in "Crescent Moon Dance" and March "Wind of Provence", as well as part of a drumkit in "Takarajima", "Gakuen Tengoku", and "Starting the Project". Tsubame Kamaya also played snare in the first and second years' rendition of "Crescent Moon Dance". 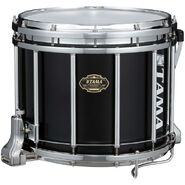 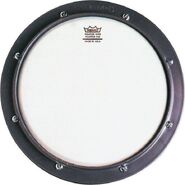